The scope of work was very different from many other jobs we were asked to perform.

In this case, it was an historic building. The owner wanted to preserve the looks and character of the grounds as much as possible.

All existing gates were manual, our task was to add automatic openers, wireless keypads, and a central access control system.

Usually, when we build and install sliding gate or swing gate, we place exit loops, shadow loops and interrupt (reverse) loops, under the ground. But in this case, the owner didn’t want to dig underground. So, we had to be creative!

The solution for the vehicular gate loops was to use virtual loops, placed on a short pole above ground.

Since the short poles were placed at the sides of the gates, by some plants and vegetation, they actually blended with the greenery and did not distract much the original view.

Another challenge we faced was a double pedestrian gate that had to be opened during the day, but had to close and lock automatically at a certain time in the evening. Normally it would be a simple task, but in this case, there was no automatic motor, and the small gates had be opened and closed by hand. So the challenge was how to close and lock an opened gate after hours, when closing it has to be done by hand? The requirement was to have the gate close automatically, without a human intervention.

So again, we had to be very creative and think out of the box! 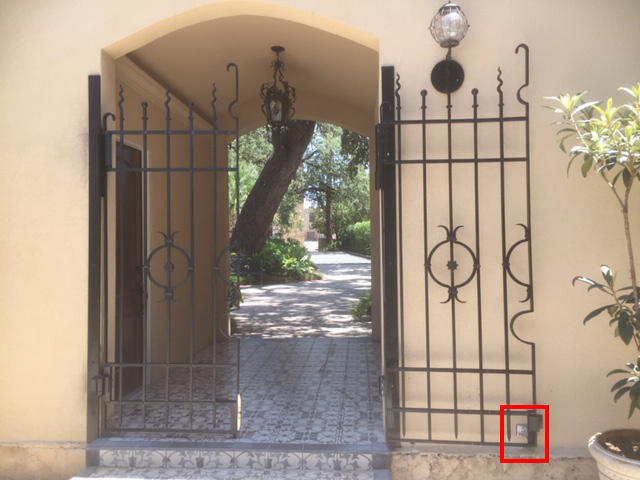 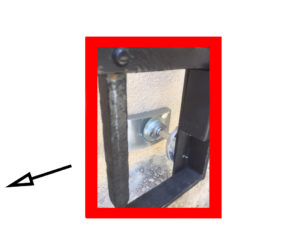 On the above double pedestrian gates mentioned earlier, we came up with a unique solution:

The first person arriving at the premises opens the small manual double-gates. Once the gate is fully opened, a magnetic latch mounted on the wall will keep it opened. After hours, the access control system which also control that magnetic latch, cuts-off the power to the magnetic latch. Then, the door automatically will close (by means of a special mechanical spring), and will latch into the electric strike plate. In the morning, the electric strike will automatically  dis-engage by the access control system, allowing the gate to be open manually. The gate stays open by the now engaged magnetic lock mounted on the wall.

Image of a gate 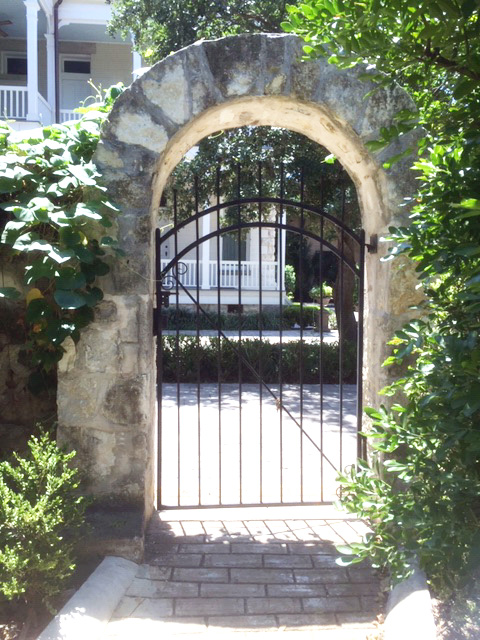 One of the several gates on the premises

S.A. Locksmith & Security in San Antonio Texas was awarded an access control job in Austin Texas. The job was to replace two old tele-entry access control systems which controlled access to elevators, doors, pedestrian and parking garage gates, about 20 in total, and held information of about 500 residents. The two old Access control and tele entry systems were:

The old systems did not have enough memory to add additional residents to the database. In addition, the individual control panels were not connected to a network, so any deletion or addition of residents had to be done separately, at the location of each control panel, one at a time. There was no communication between the various panels!

In order to reduce cost, the requirements were to use the existing wires and to use the old readers, key fobs and transmitters, as much as possible. The project involved 3 parking garage gates, several pedestrian gates and several tele entry doors and gates.

As we will see, the requirement to use the old wiring was very challenging, since the new systems required more wires than the old system had.

Photos of the Old System 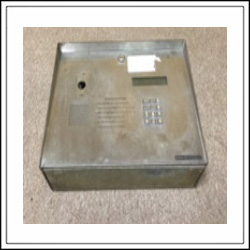 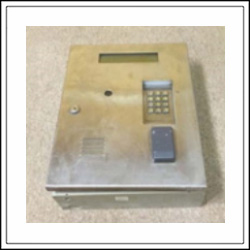 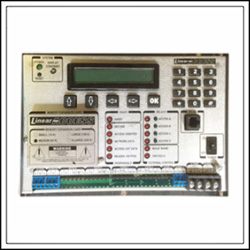 After evaluating the customer’s needs and the existing wiring, we came to the conclusion that the best solution would be to use the ‘Linear’ systems (now Nortek) and use their more advanced Tele-Entry systems.

We suggested using the AE-2000 plus systems for the tele-entry controllers and the AM-3 plus for the general door and gates controllers. These systems also include transmitters and option to add a remote receiver (the AE2000 plus also has an internal receiver). We used the Transmitters and receivers to control 3 parking garage gates. 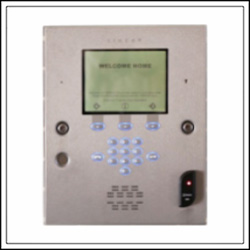 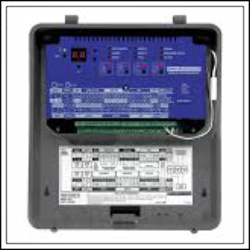 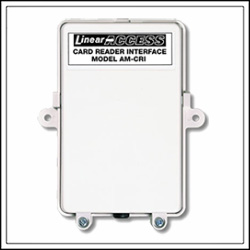 Altogether we needed to use 10 control panel, 4 of them were Tele-Entry systems. In addition, we needed to use several Linear AM-CRI modules to extend the number of card readers each system can hold and support. We also added an AM-RRR remote radio receiver to the system to control an additional parking garage gate.

The Linear access control system can hold up to 8 panels (units) per network so we ended up using 2 networks: Network A and Network B.

Wall Connection for Network A

The job became more complicated because of the requirement to use the existing wires of the old installation. Typically, there are many wires connecting the panels to card readers, to elevators, to electric strikes and to magnetic locks.

Because of the large size of the two building complexes, many of the panels were located far away from each other and on different floor levels.

One of the tasks we had to perform was to connect 2 groups of panels to two separate networks.

In order to establish a network connection between the panels we needed 3 additional wires to connect between all the panels of each group.

This required running additional cables between the units which were located in different places and on different levels of the buildings.

In addition to running extra wiring for the two networks, we also needed to run several extra wires from some card readers to the AM-CRI.

Each Linear AE2000Plus or AM-3Plus supports 4 relays but only 2 readers. In order to add two more readers to each panel, we needed to use the Card Reader Interface box (AM-CRI) which can add 2 more readers.

The problem was that each reader had to have seven wires. In the old system, only 6 wires were connected to each card reader, so we were missing 2 wires for each AM-CRI expansion boxes. As a result, we needed to run additional wires between some card readers and AM-CRI units.

The Linear (now Nortek) software is user friendly, it has great documentation and is very easy to program. All control panels can be programmed from the offices and adding/removing tenants is now a simple task.

In conclusion: The Linear (now Nortek) access control system was a good choice for this project. S.A. Locksmith & Security was able to use much of the existing wiring of the old Sentex system and complete the job in a timely manner and save money to the client.

Is a full service, one stop, 24/7 locksmith service located in San Antonio, and serve the greater SA area. No project to big or complex, or too small. Call or request an estimate now!

We Accept All Major Credit Cards